On Going It Alone

And collaboration, which is not necessarily a compromise, may be the very thing, if properly encouraged, that allows film to speak in the most developed way to the largest number of people. Every person who works on a film brings his or her own perspective to bear on the subject. And if these perspectives are properly orchestrated by the director, the result will be a multi-faceted and yet integrated complexity that will have the greatest chance of catching and sustaining the interest of the audience, which is itself a multi-faceted entity in search of integration. 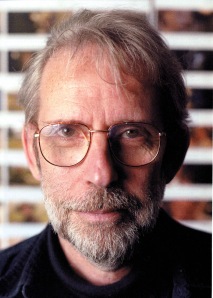 I love this paragraph from Walter Murch’s seminal In the Blink of an Eye. Murch, editor of The Godfather, Apocalypse Now, and other untouchable classics, had one of those miracle Hollywood careers; his book is really is a must for anyone interested in filmmaking (editing or not). This passage in particular sums up his philosophy: film is collaboration. It takes talented editors, producers, writers, carpenters, production assistants, production coordinators, and a host of others to really make an amazing movie. Don’t trust those DIY filmmakers who say they did everything themselves. No one exists in a vacuum, and the moment you get help as a director, is the moment you make a film.

Collaboration is a difficult concept for me, because I am one of those DIY filmmakers. I don’t even like when other people touch the camera while I’m directing. It’s not that I’m some Laszlo Kovacs or James Wong Howe, it’s just I’m so used to doing it my own way, I have trouble ceding control. I trained as a writer on my own: very few classes, no film school, and I have never really worked on a large-scale, collaborative set.

But that reticence is something I have been trying to change. No one lives in a bubble, nor can someone write or direct in a bubble. I could spend the rest of my life making my own videos. With today’s technology, that’s very possible. Yet I’ll never grow as a filmmaker. That growth takes hard work, the kind that involves other people. Ironically, sometimes letting go of the film is the first step to actually making one.

What’s your filmmaking experience? How do you balance being an indie auteur with being a “ringmaster of a circus that is constantly reinventing itself” in Francis Ford Coppola’s words? Are those two things mutually exclusive?

This entry was posted in Information and tagged directing, films, screenwriting, walter murch. Bookmark the permalink.

2 responses to “On Going It Alone”